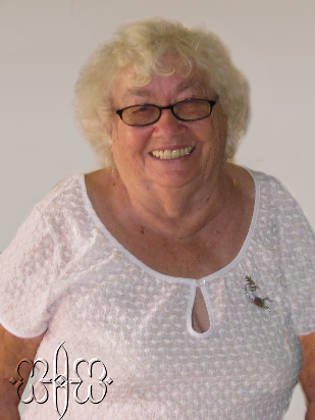 Sarah Jane Phelps Freytag, formerly of Cañon City, Colorado, USA, died peacefully in her home on September 25, 2013 in Consejo Shores, Corozal District, Belize. She and her husband, Philip C. Freytag II, who survives, have resided in Belize for the last 14 years.

Jane, as she was known, was born in Sterling, Illinois on December 5, 1926, to Earl Lane and Rachel Lucas Phelps. She attended St. Catherine’s School of Nursing in Garden City Kansas, graduating in 1947. On September 29, 1949, she married Philip in Casper, Wyoming. They had three children who all survive: Laurence (Shirlie) of Yuma, Colorado, Suzanne (Bryan) Cooper of Canon City and Deborah (Theodore) Grundmeier of Lakewood, Colorado. She is also survived by four grand children: Shawn Cooper, Bryana (David) Bamford, Philip L (Heather) Freytag and Cassandra Freytag and five great-grandsons: Leighton and Liam Freytag, Austin, Hunter and Lucas Bamford. She is also survived by her brothers Preble Lane and James Earl Phelps. She was preceded in death by her parents and 2 sisters, Emma Lou Jackson and Patricia Ann Graves as well and numerous nieces and nephews.

Jane had many hobbies and travel topped the list. Her first foreign trip was in 1952 when she and her husband Philip, a two year old son, and a six month old daughter went to Mexico City to meet Philip’s brother and bride of one month and camped over much of Central Mexico, thus began her love affair with Mexico and Central America. Jane and her family made many trips to Carlsbad Caverns, the Grand Canyon and all over Colorado and Wyoming. One especially memorable trip for her was a backpack trip to the bottom of the Grand Canyon on Thanksgiving in 1971. Jane and her husband have been to all of the 50 states of the United States but Maine; all of the Canadian provinces and territories except Nova Scotia; and all of Mexico. Jane and Philip were members of a travel club and have been to South America, on a cruise in the Caribbean, and twice to Asia. Jane recalled that the best trip of all was one in 1984 to the Peoples Republic of China. She walked on the Great Wall of China and trod in the footsteps of the Emperors. One winter Jane and Philip traveled by bus all over Mexico and ended up falling in love with the tropical countries and decided to move to Belize. Jane’s other hobbies included crafts of all kinds, reading and genealogy.

Jane made friends where ever she went and was known to most of them as “Lady”. She will be greatly missed by all of her family and friends.